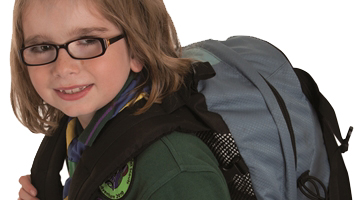 Cub Scouting in Farnham has been very busy with the packs providing excellent programmes, full of interesting activities including circus skills, brilliant bricks Lego building, astronomy, making parcels for refugees, Tae Kwon Do, floor ball, Cubs bake off, Bear Grylls night, talk from the Quakers, saving the conker trees to name but a few.  Jan Jobson the Assistant County Commissioner for Cubs came to one of our leaders meetings and was very impressed with the programmes the packs are running so well done to everyone!

A district Sixers and Seconders camp was run at Mellow Farm last October and was attended by 22 Cubs from 4 packs. Activities included pioneering, firelighting, orienteering, shelter building and first aid.  Help with the bases was provided the leaders and from Network and thank you to them for their time and commitment. The first aid was interesting as it was decided to mock up some injuries which some Cubs found a little bit too real!  A great time was had by all despite the torrential rain on the Sunday turning us back from our hike.  My thanks go to Amanda and Graeme Morgan for their support in providing the food and team building activities which the cubs and leaders really enjoyed!

In June we went to SCRAM at Hook arena – this is the tri-annual Surrey county Cub event. Over 2500 Cubs took part in activities such as climbing, caving, radio show, aerial runway plus bases put on by all the groups with shooting, nerf guns ,various crafts, face painting, slack lines, assault course etc etc.  We took 78 Cubs and our packs ran Japanese pillow fighting, crossbow can alley, willow decoration making and blind football which were well received.  The weather was glorious and a wonderful time was had by all. It was great to get our cubs to join with other packs from across Surrey.

full district Cub camp is planned for October 4/5/6 at Garners Field and will concentrate of the basic scouting skills such as knots, maps and compass work, fire lighting, backwoods cooking, observation and estimation, first aid (no fake blood this time promise!).  The cubs will collect items for a fire-lighting/emergency tin as they move around the bases. We also plan to do some shooting and archery. The theme will be Jungle Book based.

Over 50 Cub Scout Silver awards have been given out (that I have been informed about) – probably many more. All in all another great year for Farnham Cubs!

I would like to take this opportunity to thank all the leaders for their dedication and commitment to scouting over the past year. I would also like to say thank you to Philip for his support and guidance in my first two years as ADC Cubs and I wish him well in his ‘retirement’ from being DC.

Another year of excellent Cub Scouting has been achieved in District with all packs taking part in a good and varied spread of activities.

2016, of course, is the centenary of Cub Scouting and we have been making the most of it.

Earlier in the year we took  part in a series of quizzes, the first round at Pack level, then a District round with the eventual winners, 11th Farnham taking part in the County final.

We have recently held a Centenary camp at Garners Field with over 120 Cubs representing all eight Groups from District took part in a brilliant weekend  of fun and games highlights were climbing, kayaking, water slide and Nerf gun shooting also one of the biggest catapults seen on Garners Field firing a thousand water balloons!   Saturday finished with one of the best camp fires ever with everyone taking part with great gusto.   Sunday morning unfortunately was wet so plan B was put into place and following an indoor Cubs Own we continued where we had left off the previous evening with a very hearty sing song.   The rain had cleared by lunchtime, so we were able to gather around the flag to say farewell.   Many thanks to all leaders, helpers and parents who gave up their most valuable time to give our Cubs such a fantastic weekend.   Most especial thanks to Gill Snedden and her team for feeding us all so magnificently.

We are very lucky in Farnham at the moment to have so many excellent leaders in the Cub Section, their unstinting hard work in providing such wonderful activities, fun and adventure to our young people is most commendable.

Many, many thanks to District Cub Leader Nicky Clements for her valuable support and thanks most of all to those very hard working leaders, helpers and parent supporters without whom we would not be able to provide the exceptional Cub Scouting that we give in Farnham.

The Cub Scout section in Farnham is doing remarkably well despite having my somewhat patchy hand at the helm for the past year.

There have been some leadership changes, which is always a difficult time for a Pack but there are now in place some fantastic new leaders who I have great faith in as their enthusiasm and drive clearly shows through – my only hope is that they stick around for a long time……

The Packs are providing their Cubs with some excellent programmes, these include, first aid, fire lighting, climbing, film making, camping and hiking through to Halloween parties, tie died t.shirts and some wonderful visits varying from a Buddhist temple to Pierrepoint Farm.

We have held three District events so far this year, a quiz and sausage sizzle, a cooking competition and a football tournament.   The Cubs that entered these events had an absolutely brilliant time, unfortunately, the numbers of these was very limited.   While I fully understand the pressures on Leaders time, after all, I’ve been there and got the original t.shirt!!!, I feel it is important for Packs to get together now and then, to get to know other Cubs and it is also very useful for the Leaders to get together as well – we can always learn from each other no matter how long or short a time we have each been involved in Scouting.

This apart, a huge thank you goes out to all Cub Leaders and helpers and all of the parents that help with the day to day running of the Packs, you are all doing an absolutely fantastic job.   My especial thanks goes to Nicky Clements who has given so much time and energy to running around to all the Packs helping with her, not inconsiderable, experience.

We now look forward with much excitement to 2016, our Cubs centenary year, which will, I am sure be packed to the rafters with loads of brilliant fun for all concerned.